The sea turtle pendant, made in our London workshop,  is crafted in sterling silver and has exquisite detail. The Sea Turtle is part of Argent's 'endangered species' jewellery range. The sea turtle is available on a silver curb chain or on its own without a chain.  As well as sterling silver the turtle is available in gold plate, 9ct or 18ct gold.  The latter three available to order. The entire Nature inspired collection is made in our London UK workshop.

Threat: Turtles are an endangered species as a result of rubbish, particularly plastic, thrown into the sea.  Turtles mistake plastic for jellyfish and having eaten the plastic then die. Sea turtles are listed on the IUCN Red List of Endangered Species as either "endangered" or "critically endangered". Marine pollution is both directly and indirectly harmful to sea turtles as a consequence of deterioration of their natural habitats. Poisins that threaten turtles include toxic metals, PCBs, fertilizers, untreated waste, chemicals, and a variety of petroleum products. Oil spills are particularly dangerous to sea turtles. 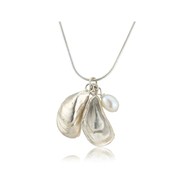 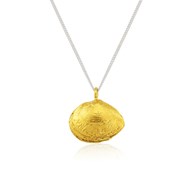 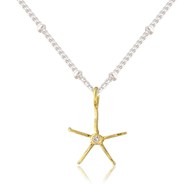 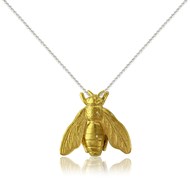