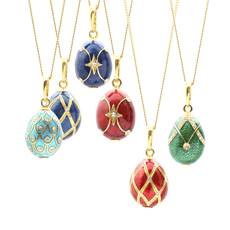 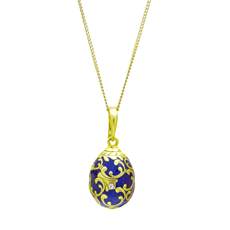 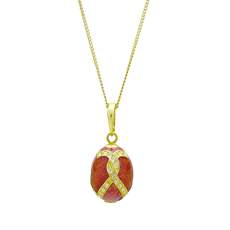 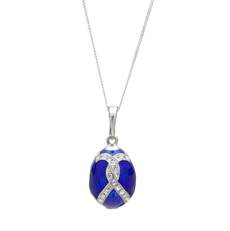 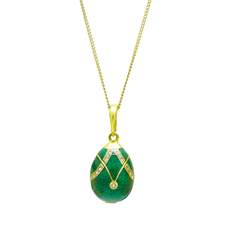 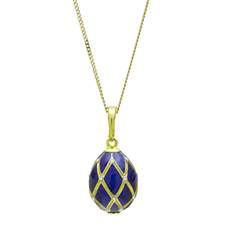 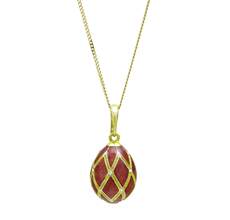 The Fabergé family came originally from France and were Protestants. When Louis XIV put an end to religious freedom in France, Carl Fabergé's ancestors fled the persecution of the Catholic church and went into hiding in Germany, until the country was conquered by Napoleon.

After this the family moved first to Estonia, where Carl's grandfather worked as a carpenter, and then to St. Petersburg. Carl's father, Gustav Fabergé, was born in 1814 in Estonia and trained as a goldsmith with Andreas Ferdinand Spiegel and Johann Wilhelm Keibel in St. Petersburg. Gustav Fabergé became a master jeweller and shortly afterwards in 1842 he founded a jewellery company in St. Petersburg under his own name, married Charlotte Jungstedt, who was the daughter of a Danish painter, and started a family.

Born in 1846, Peter Carl Fabergé attended a private school in Germany and then the school of commerce in Dresden. After travelling around Europe he began studying at the house of Friedman, a goldsmith in Frankfurt. At the age of 26 he returned to St. Petersburg and took over his father's business. The goldsmith, jeweller, designer, restaurateur and entrepreneur Carl Fabergé transformed the small atelier into the largest jewellery company in the entire Russian Empire and one of the largest in the world.

The company had branches in Moscow, Odessa, Kiev and London. In 1885 Carl Fabergé became court jeweller to the Russian Tsar. His company was awarded numerous international prizes and diplomas. Almost all the royal families in Europe and even the King of remote Siam were Fabergé's customers.

During this period, Carl Fabergé's family grew. He married Julia Jakobs and they had four sons: Eugène, Agaton, Alexander and Nicholas. All four sons followed in their father's and grandfather's footsteps. After the 1917 Russian revolution, Fabergé was forced to close his company in 1918 and he died in Switzerland on 24 September 1920.

As a young jeweller Carl Fabergé believed in the principle that a product's true value is determined by its design and quality, not merely the value of the precious metals and stones used to make it. When the master designed products using precious stones, this was for decorative purposes. Production techniques for different types of enamel were developed by Fabergé's atelier and this remained his greatest achievement, which allowed him to produce products of perfect quality.

Applying a coat of enamel to a piece of jewellery is a delicate and difficult process that may have unexpected results. Fabergé's enamel is characterised by its uniform quality and smooth surface. His favourite enamelling technique was so-called "en plein enamel", a smooth coating over large areas which does not permit a single mistake to be made.
In the 1880s Carl Fabergé reached the heights of success and at the Pan-Russian Exhibition in Moscow in 1882 he was awarded a gold medal for his jewellery work. In the same year, Carl's younger brother Agaton joined the company and extended the product range to include Easter eggs, small animals, human figures, flowers and plants.

In 1885 the Tsar discovered the high quality of Fabergé's products and on 1 May 1885 he made Carl Fabergé a Court supplier and placed the first order for Easter eggs.

In 1890 Fabergé was appointed court appraiser and in 1894 the company received an order from Nicholas II to manufacture a stunning pearl and gold necklace (valued at 166,500,000 roubles or around £4 million) for the then Princess Alice von Hessen-Darmstadt, who became Tsarina Alexandra Feodorovna. After this Fabergé was awarded gold medals at all the international exhibitions and fairs where he exhibited.

During the company's history it manufactured over 150,000 items of jewellery and the atelier employed more than 500 master jewellers who were appointed by the master himself.

Carl Fabergé believed that it was important to demonstrate his confidence in the individual master jewellers by allowing them to sign their work. The central principle was simple. Each product had to be manufactured in the same atelier by the same master craftsman, who could make all the decisions about the product from the initial design right through to the finish. This allowed Fabergé to guarantee that each object was a genuine product made by one master jeweller.